A traditional fishing village of of southern Crete 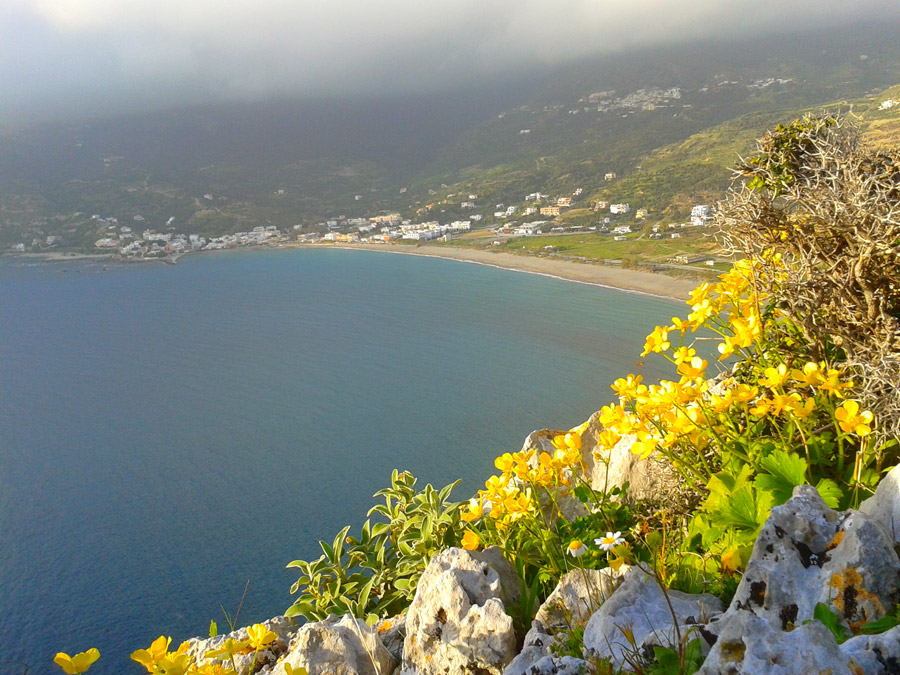 The village of Plakias is situated in the south of the Prefecture of Rethymno, at the shore of the Libyan Sea. The distances to the three main towns of the island of Crete are as follows: Rethymno 35 km, Heraklio 110 km, Chania 90 km

For those that holidays mean relaxation, the 800 meters long sandy beach of Plakias is the ideal place for a relaxing holiday. As for the nightlife, there are bars, cafeterias and 2 beach bars, to choose from.

From the port of Plakias, you can go on trips to the many beaches around the area or visit the surrounding villages, even by walking, through the olive groves and admire the exquisite wild flowers and natural beauty of the mountains.

Take the opportunity to visit the Preveli palm beach and the Monastery as well, with its long history of protecting the outlying villages from the conquerors. Go further to Frankocastello to see the castle and learn about the ghosts of Drosoulites.

There are two roads leading to Plakias through the mountain range that lies to the north, both of which run through spectacular gorges—to the north of Plakias, the Kotsifou Gorge, and to the northeast, the Kourtaliotiko Gorge. A good coastal motor track runs west beyond Souda to Rodakino beach, Frangokastello and Sfakiá. There are plenty of walks locally, and bolder walkers will enjoy the high green countryside beyond the coastal mountain range north of town.

Mountain biking and cycle touring are among the local attractions.

Initially just a fishing jetty and a few houses, Plakias developed during the last few decades into a tourist resort. The first official mention of Plakias was in 1961, when it was recorded in a census as the permanent home of six fishermen. The recorded history of surrounding mountain villages like Myrthios and Sellia goes back to the 10th century, when the Byzantine Emperor Nikephoros II Phokas (961 AD) built roads and bridges in order to link those villages, and there are some fragments of wall remaining from a fortified area on a hill top just northeast of the present main town.

Excavations in South Crete in 2008-2009 lead by T.F. Strasser (Providence College, R.I., USA) revealed stone tools at least 130,000 years old. This was a sensational discovery as the previously accepted earliest sea crossing in the Mediterranean was thought to occur around 12,000 BC. The stone tools found in the Plakias region include hand axes of the Acheulean type made of quartz. These new findings imply that pre-Homo sapiens hominids from Africa crossed to Crete and had not only the ability to conceive and actualise repeated travels but also that they were using vessels which were better and more reliable than the common rafts.